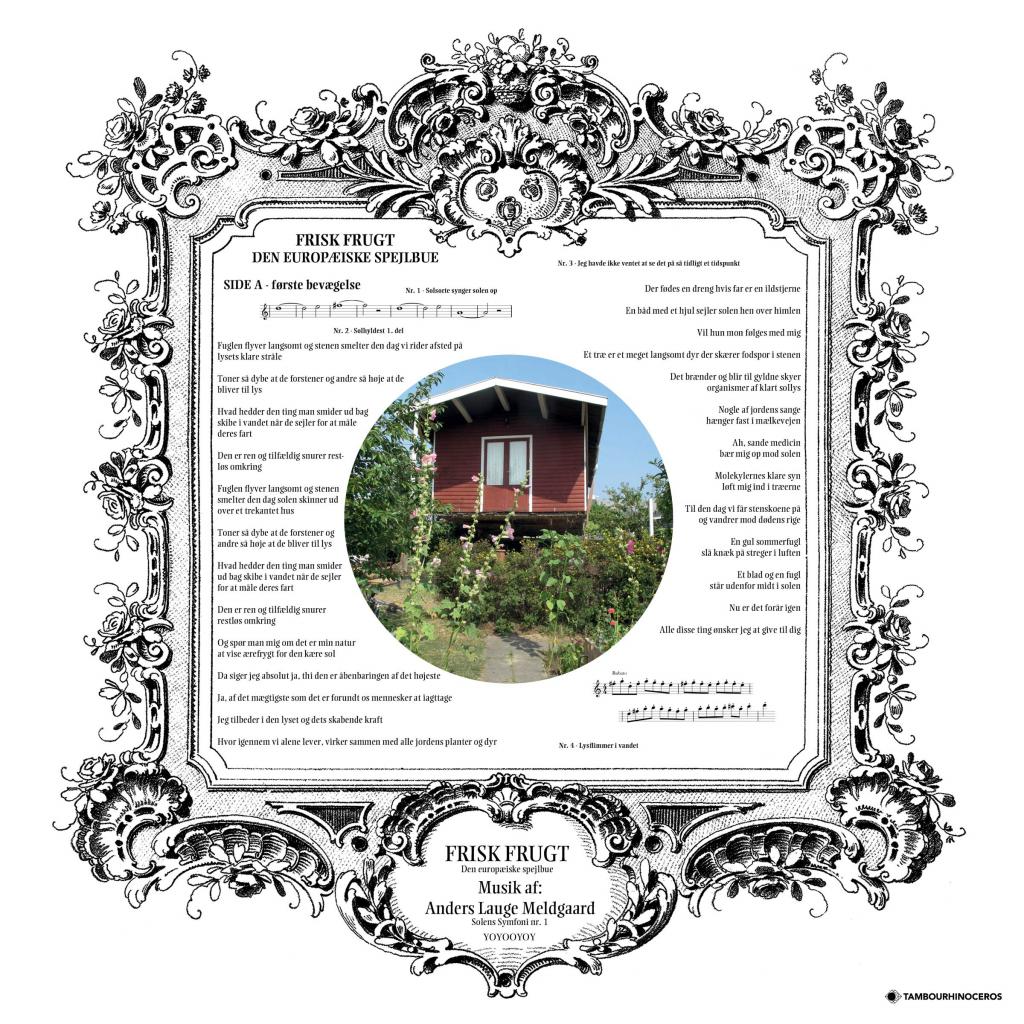 Anders Lauge Meldgaard’s previous album Burkina Faso i det himmelblå rum hvor solen bor, suite (2010) was a record that made his name as one of the Danish champions of experimental music.

Where the last album took listeners on a magical musical journey from the African country of its title and back to Denmark, Anders’s latest sonic adventure finds him travelling closer to home. Called Den Europæiske Spejlbue (English translation: The European Mirror-Arch), the new album consists of 12 orchestral collages, all revolving around the study of songs in Danish matched up with what you could call European world music.

The 59 minute-long Den Europæiske Spejlbue is a masterly achievement, one that Anders has been working on since 2011 … a modern and contemporary take on songwriting woven into orchestral collages. In order to realize his imaginary orchestra, Anders built some of the instruments you hear on the record himself: partly because he did not have a large live orchestra at hand, and partly because it was his ambition to create music in a fantasy world where new things were possible.