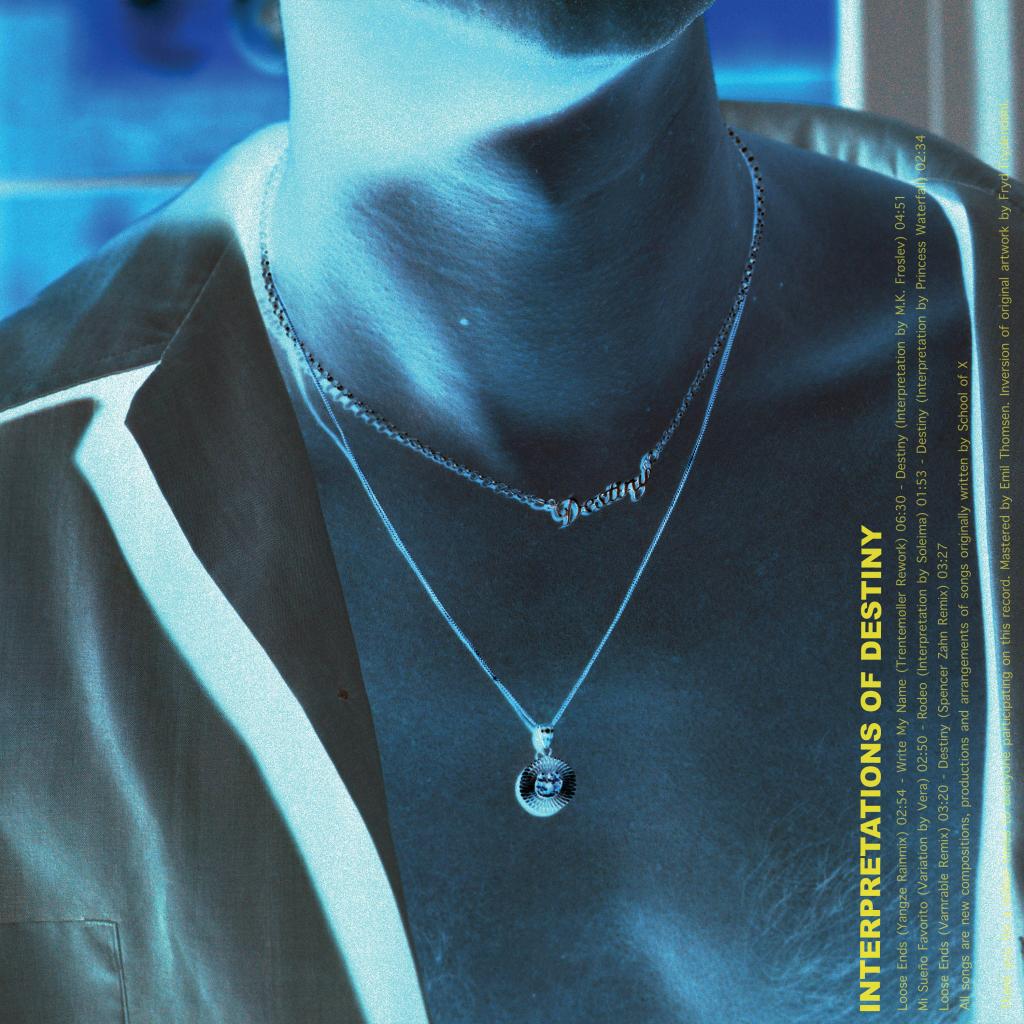 I've asked some of the best musicians in my world if they would interpret a song of their own choosing from Destiny. Some of them have accompanied me for years both personally and artistically and vice versa. It is a huge honor to present this record filled to the brim with gold.

School of X has a studio in the district of Nørrebro with friend and fellow producer Vera, and runs in the same circles as Yangze (who’s also Rasmus’ brother), and Liss to mention a few. There’s a supportive atmosphere among this group of artists in Copenhagen and Interpretations of Destiny is an example of just that.

From the drama in Yangze’s opening cut, over Trentemøller’s horror-like production, a minimalistic guitar-piece by M.K. Frøslev, Soleima’s vocal experiments, smoothness from Vera, and Spenzer Zahn, to the electronic experiments of Varnrable and Princess Waterfall, Interpretations of Destiny displays a vast sonic variety across its 29 minutes of music.